There wasn’t too much news in the world of social media this week. Mainly due to the holidays. There were however a few interesting stories that happened.

In a post on Medium the Periscope team announced the introduction of live 360 degree videos.

Like other videos on periscope these are completely live however you can actually look around in 360 degrees.?As Periscope puts it, it’s one step closer to actually being there.

Live 360 video can be used to get front-row access to exclusive events, see places around the world or connect up close with well-known personalities.

It also opens up some interesting opportunities for open houses.

In the app live 360 videos are marked with a badge. When watching users can tap or scroll around the screen to change their view in 360 degrees.

And all of this is live.

Live 360 video is currently being tested with a small group of partners and will be rolled out to more people in the coming weeks.

If you’re interested there’s a waitlist you can join here. 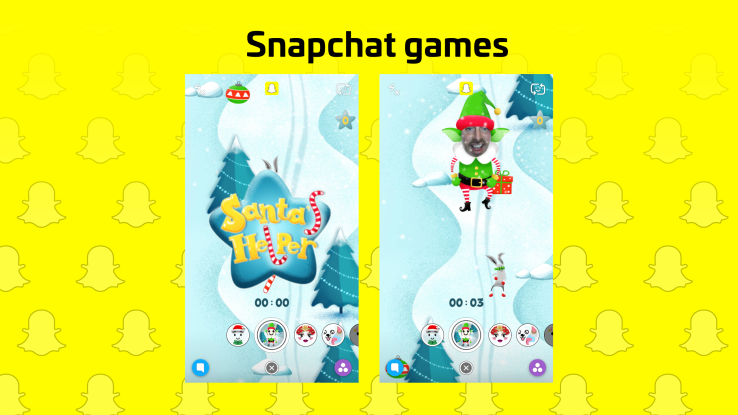 Back in March Snapchat started testing these games with a limited run of a Mac & Cheese game where users caught noodles in their mouth.

In December they released a puzzle face game where users slide tiles around to construct an image of their face.

Right now there?s a game called Santa?s Helper where users can superimpose their face on top of an elf.

The goal is to slide down a ski slope collecting presents and avoiding obstacles by tilting your device.

Because most Snapchat lenses are temporary these games have a sense of urgency. Users naturally want to play them before they disappear.

Scores can be shared by direct message or stories much like the new games feature in Facebook Messenger.

Many advertisers are already eager to buy sponsored lenses and attach their brands to people?s faces.

Advertising through these interactive games could be an excellent way to connect with people who automatically screen out advertisements.