There’s a lot of social media news this week. Facebook has been especially busy,?so lets dive into what’s?been happening.

This announcement sparked a wave of discussion over whether or not advertisers could trust the data they?re receiving from their campaign reports.

Facebook insists that none of the updated metrics should affect what advertisers paid for. If you paid for X number of clicks or impressions the network still delivered them.

The company?realized they had been overestimating video view metrics back in September. This prompted them to review other metrics and led to this new discovery.

The biggest change to watch out for is the 7-day and 28-day organic reach for pages. These numbers may shrink by 33 and 55 percent Facebook warns.

Facebook insists that the daily number of people who could see a page is still reporting correctly.

These?discrepancies are being blamed on bugs. The bugs are also affecting the number of full video views and time spent with instant articles.

Facebook expects to have these bugs corrected within the next few weeks.

This week Facebook also announced changes to their metrics and reporting.

The company is partnering with companies like comScore, Moat, Nielsen and Integral Ad Science (IAS). These companies will verify the accuracy of reporting Facebook offers to its advertising partners.

This will provide third party verification of advertising metrics and ideally greater transparency and accuracy of reporting.

Facebook has also created a new internal review process to insure that the data it?s reporting is as clear and up to date as possible.

Some advertisers might use the current settings to run ads that discriminate against certain groups the company said, specifically in the areas of housing, employment and credit.

The company says it remains committed to promote the inclusion of underrepresented communities.

They decided that the best way for it to guard against discrimination is by disabling the use of ethnic affinity targeting for these types of ads.

As far as we know ethnic affinity marketing is still available for other categories of advertising. 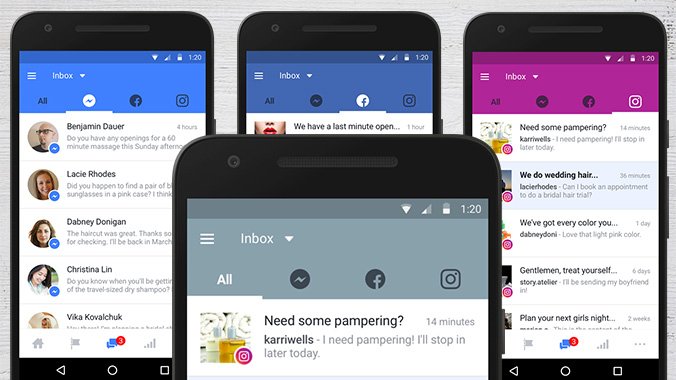 This updated inbox will roll out globally to all users of the Pages Manager mobile app in the coming weeks.

During Facebook?s first Social Good Forum they announced?3 new tools to empower their community to do more good in the world and improve users? safety.

Community Help is a new feature that lets users ask for help including shelter, food and supplies in the event of a natural disaster.

Safety Check will let your friends and family know you?re safe during a crisis. It will be triggered by the community and not Facebook itself.

Fundraisers are being expanded so people can raise money for more than 750,000 different nonprofits. A donate button is also being added to Live vides and posts.

Facebook is also partnering with Movember this month and the Bill & Melinda Gates Foundation on Giving Tuesday.

Facebook just added a new targeting option when specifying the audience for your advertising.

Advertisers now have the option to select ?everyone who engaged with your page?.

This is a fantastic option for targeting followers who are already highly engaged with your content and want to see more of what you have to say.

Pinterest is testing out a new auto-play feature for its promoted videos.

Advertisers can also create an episodic viewing experience with additional videos that run alongside the primary video.

It?s also possible to create a playlist of videos as well. When one video finishes the next one starts automatically.

Auto-play videos will start appearing in a new section called ?Pinterest Explore?. This is a curated selection of the top picks from top tastemakers, industry experts and Pinterest employees.

Periscope Now Lets You Share Specific Moments on the Web

Periscope recently brought their broadcasting service to the web with Periscope.tv. Now when a user clicks the share button they have the option to share the broadcast with a specific start time.

You can now share a specific moment within a broadcast on the web – check it out! ??? pic.twitter.com/fR0GMdihn2

Snap, the company that owns Snapchat now has access to Foursquare?s location data.

Foursquare has a massive database with over 87 million real-life locations such as businesses, restaurants and stores.

The data from Foursquare will be used to power Snapchat?s geofilters. Geofilters are location-specific graphics that can be added to images and videos inside the app.

Before now geofilters were tied to broader locations like cities, arenas or events.

Soon marketers could be able to offer branded geofilters at specific locations. This could definitely provide some interesting options for open houses in the future.

Medium released an update to their app with a few new features. 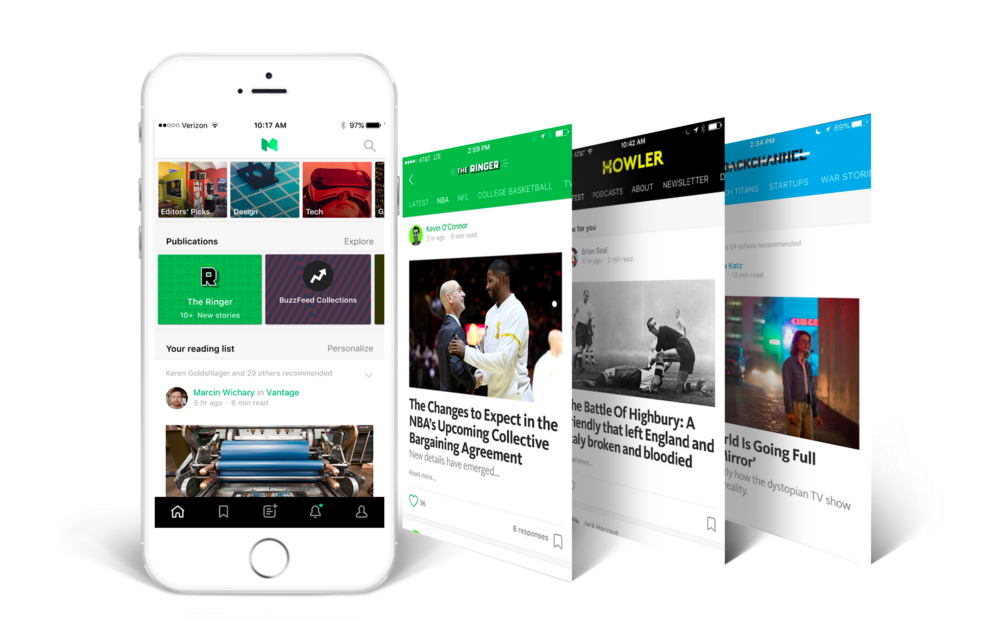 There?s a new section for publications and the publications you follow will be featured on the app?s home screen.

They?ve made some cosmetic changes as well such as moving the bookmarks and search buttons and making bookmarks more prominent.

The stats section has been given a refresh as well and the app now has a quick link to stats on the 3D Touch menu. This page has also been rebuilt so it?s faster and they added the ability to pull to refresh your data.

Both Facebook and Google have updated their policies to fight?fake news.

Google first fought back against fake news by banning sites that ?misrepresent, misstate, or conceal information? from using Adsense.

Now both companies have banned fake news websites from advertising on both of their advertising platforms.

The idea is to cut traffic to such sites in order to make them less lucrative.

Twitter recently rolled out some new features to their notifications to help combat online abuse.

The social network already has a featured called Mute which lets users mute accounts they don?t want to see tweets from.

Now the Mute feature has been expanded to notifications. Keywords, phrases and entire conversations can now be muted.

This feature is expected to be available to everyone within the coming days.

Users can now create a QR code in their settings that can be shared online or physically.

The app now includes a scanning feature as well that lets you scan these new QR codes to easily find someone?s profile.

This new feature isn?t available to everyone yet but it?s expected to come soon.

The Best Listing Videos of the Week, Tropical Vacation Edition
Next Post: The Status Update: Facebook Quietly Rolls Out New Features for Pages